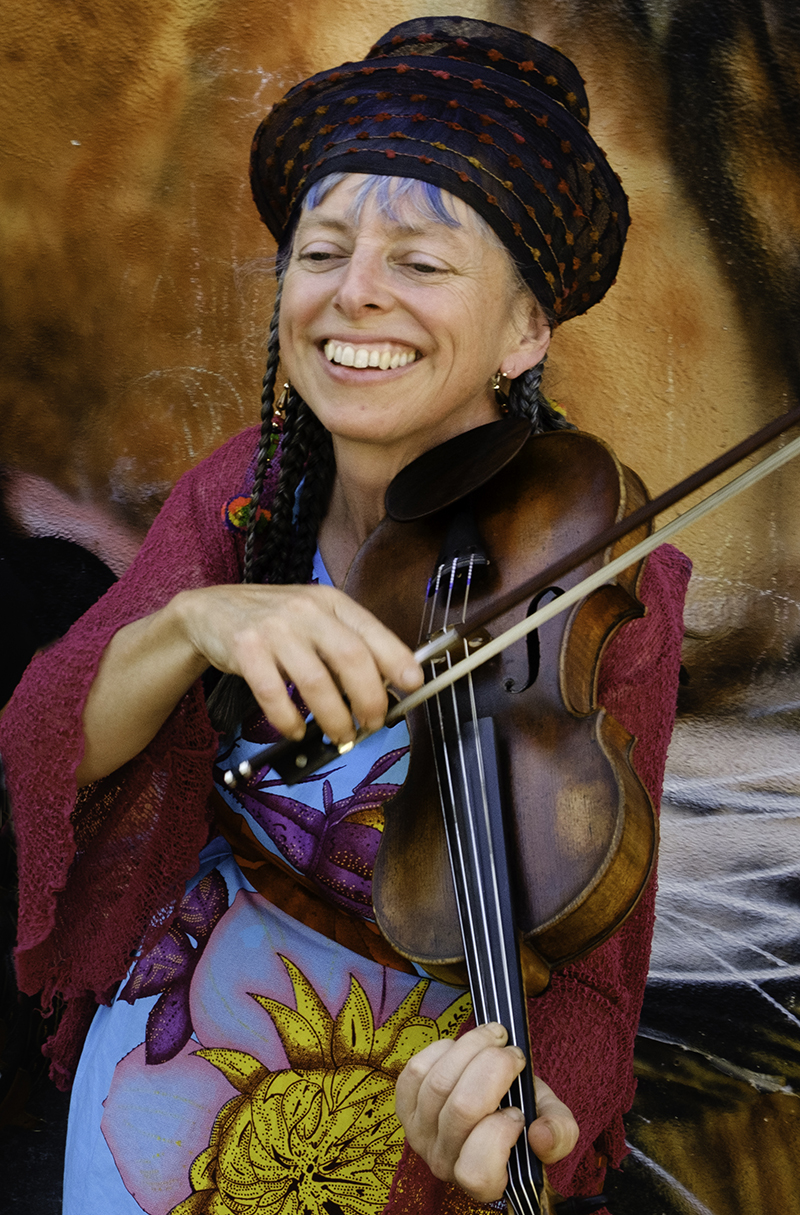 Heidi Erbrich was born in London, but was no typical English girl, with Polish, Czech, Swiss and English blood. Her parents could be called the original “world music” fans with an eclectic record collection ranging from Greek balalaika music to German beer drinking songs and taking their children to see every dance/ music company visiting London from countries such as Hungary, Russia, Poland and Bulgaria.
However her studies on the violin led her down a more classical path: studying at the Royal Academy of Music in London, the Royal Conservatory in the Hague & the Sweelinck Conservatory of music in Amsterdam and following a successful career as a baroque violinist in renowned orchestras and early music groups all over Europe. But her bohemian, inquisitive musical soul also led her into dabbling in jazz, South American music, free improvisation, rock, klezmer and folk until finally arriving in Spain she found like-minded spirits and Besarabia was born.